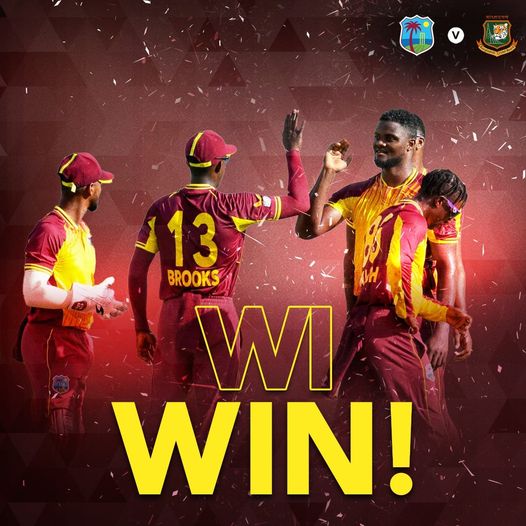 Last week’s rains seem to have brought good luck to the West Indies cricket team as they claimed victory over the Bangladesh team in the T20 international games over the weekend.

Saturday’s match was rained out however, west indies maintained the home advantage on Sunday, winning the match by thirty-five runs.

Following Sunday’s match, player of the match Batsman Rovman Powell praised his teammates for a job well done and commended Dominicans for their support for the West Indies team

Captain of the West Indies team Nicholas Poran spoke to international reporters at the post match ceremony on the grounds. At the end he gave credit to the ground team and the many spectators who filled the stands.

The games were beamed to radio stations in the region by KairiFm production team.

Meantime the losing team had this to say….