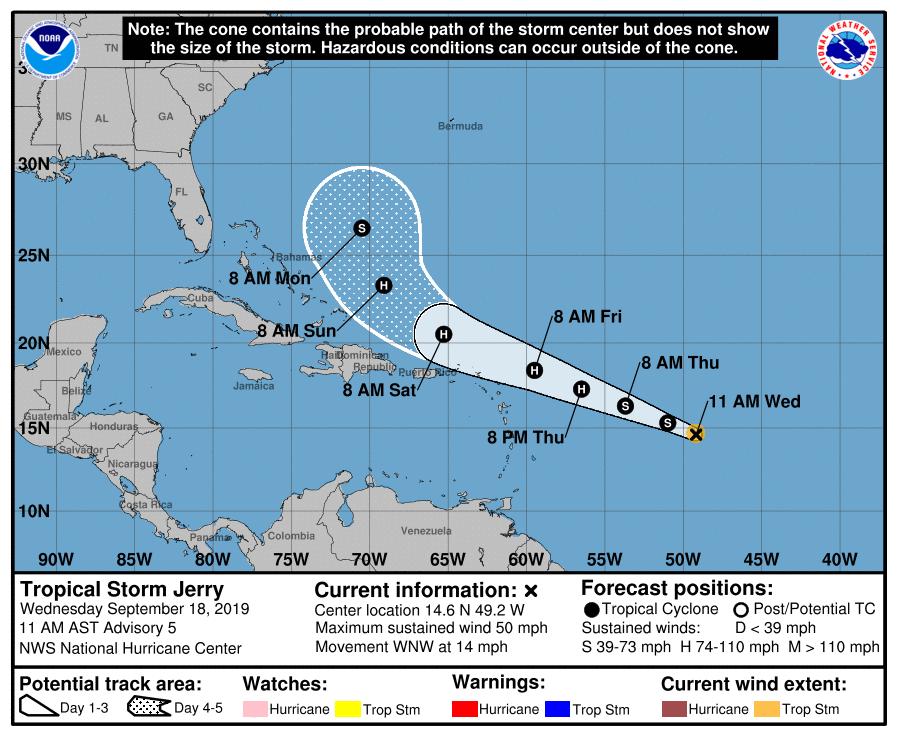 Tropical Storm Jerry has formed in the central Atlantic and is likely to move near the northern Leeward Islands by Thursday night or Friday, the National Hurricane Center (NHC) said in its latest advisory on Wednesday.

“Jerry is expected to become a hurricane by the time it moves near the northern Leeward Islands,” the Miami-based weather forecaster said.