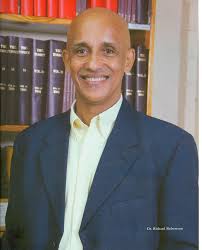 Head of the Seismic Research Unit at the University of the West Indies in Trinidad Dr. Richard Robertson says a spate of tremors over the weekend are volcanic earthquakes associated with the island’s volcanic nature.

The Office of Disaster Management confirmed on Saturday a burst of felt earthquake events from about 10.00 pm on Friday night.

Seismic activity in the Roseau Valley decreased significantly on Sunday morning but remains at elevated levels, according to the Office of Disaster Management.

“In the 24 hours from 10pm Friday when the vigorous swarm began, to 10pm Saturday, we recorded a total of 426 events all originating from the eastern section of the Roseau Valley area,” the ODM release stated. “From noon Saturday, the activity began subsiding.”

It added, however, that smaller events which are recorded by the instruments but not felt by residents are still occurring.

Robertson says this is not unusual, reminding of similar activity in 1998.