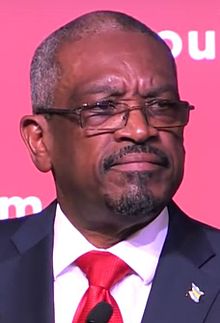 Prime Minister Dr. Hubert Minnis says the Bahamas remains firm on its position on Venezuela and is backing an Organization of American States (OAS) position that the polls in the South American Country “was an illegitimate election”.

Minnis was among four Caribbean Community (CARICOM) leaders – St Lucia, Jamaica and Haiti- who met with United States President Donald Trump at his private residence in Miami last weekend to discuss the ongoing economic and political situation in Venezuela.

Washington, backed by a number of its allies are seeking to remove President Nicolas Maduro, who was sworn into office in January for a second consecutive term, with Opposition Leader Juan Guaido, who has since declared himself as the interim president of Venezuela.

“The (OAS has) categorically stated that the election in Venezuela was an illegitimate election.”