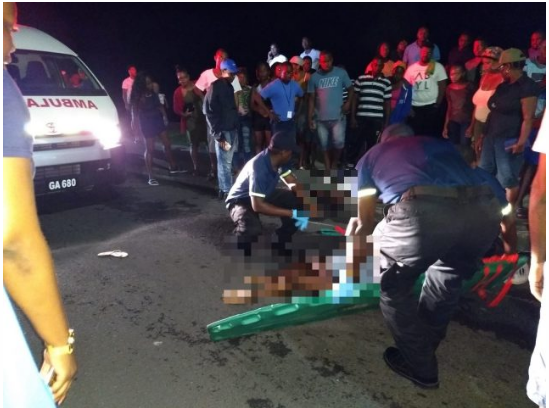 Police have confirmed the death of two people of Tarish Pit following a vehicle collision on Goodwill Road on Saturday night.

According to the report, the collision occurred on the Edward Oliver Leblanc Highway, in the area of the Dominica Banana Marketing Corporation Building at about 9:30 pm.

McIntyre collided with the motorcycle, and Nicholas and Jean- Jaques were later taken to the hospital and pronounced dead.

Kairi FM joins with the Dominica Police Force in extending condolences to the family and friends of the deceased.