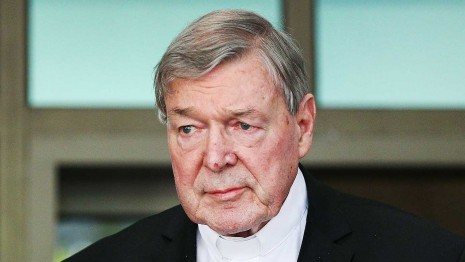 Cardinal Pell formally pleaded not guilty to the charges on Tuesday. He has consistently denied any wrongdoing.

An Australian magistrate ruled on Tuesday that there was enough evidence for the case to proceed to a trial on some charges, but not on others.

Cardinal Pell, 76, is Australia’s most senior Catholic and one of the most powerful officials in the Vatican.

He was given a large police guard as he entered the Melbourne Magistrates’ Court in front of dozens of media representatives and members of the public.

Cardinal Pell, who is considered the Church’s third-ranked official, took a leave of absence from the Vatican last year to fight the charges in his home country.

Most of the evidence given remains confidential.

But following the hearing on Tuesday, his lawyer, Robert Richter QC, argued that the most “vile” allegations against his client had been dismissed.

Last June, police in the state of Victoria charged the senior cleric with what they described as historical charges involving “multiple complainants”.

More than 30 witnesses testified during a preliminary court hearing, known as a committal, that ran for four weeks from March. Many sessions were closed to the public, which is standard practice in Victoria in sexual offence cases.

Jazz and Creole Festival will Benefit Both the Private and Public Sector.