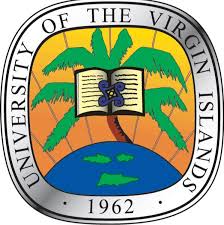 Vice President for Business Development and Innovation at the University of the Virgin Islands (UVI) stated that prior to the signing of the Memorandum of Understanding at the Dominica State College on Monday, there was an already established relationship between the two schools from 2007.

The relationship, which came with specified agreements lasted about 5-years and met a “lull” period where there were no terms to an agreement.

Davies explained that from inception the agreement offered a decrease in tuition to students of the Dominica State College (DSC).

“Several years ago, way back in about 2007, there was an agreement that was signed between the UVI and the DSC that ran for about 5 years that granted students to attend the UVI at a discounted rate. That expired about 2012/2013, there was a real lull for many years and now we have seen the importance of extending the opportunity to students here in Dominica once again.”

Davies continued that during the “lull” period where the agreement from 2007 had expired, the UVI still honored the agreement of the relationship established with the DSC.

“What we did, maybe without publicizing it, is that we continued to honor what was agreed 10-years ago, although it was no longer in effect but we honored at the UVI as a university because of our full commitment to human resources development across the region”

No Agreement To Brexit