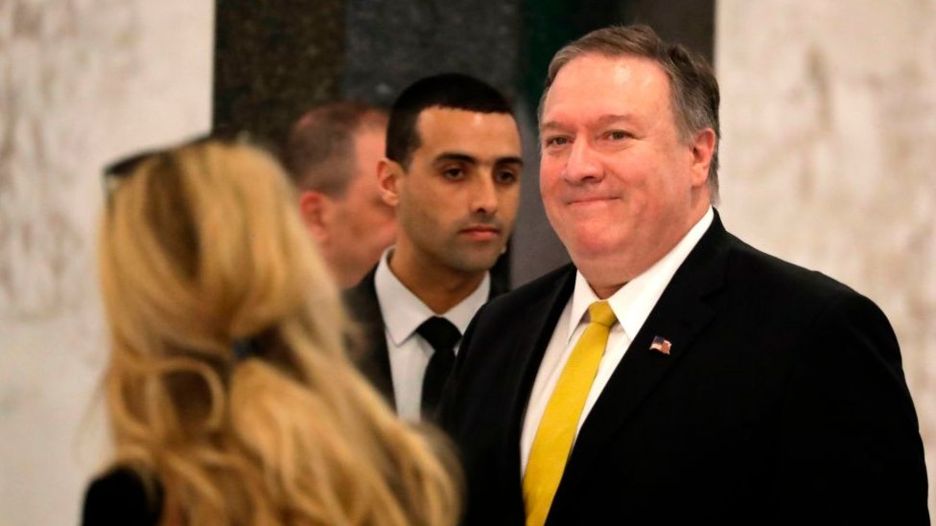 US Secretary of State Mike Pompeo has said it is “possible” that President Donald Trump was sent by God to save Israel from Iran.

In an interview with the Christian Broadcasting Network during a high-profile trip to Israel, he said it was his faith that made him believe that.

He also praised US efforts to “make sure that this democracy in the Middle East, that this Jewish state, remains”.

The comments came on a Jewish holiday celebrating rescue from genocide.

The holiday, Purim, commemorates the biblical rescue of the Jewish people by Queen Esther from the Persians, as the interviewer noted to Mr Pompeo.

He was asked if “President Trump right now has been sort of raised for such a time as this, just like Queen Esther, to help save the Jewish people from an Iranian menace”.