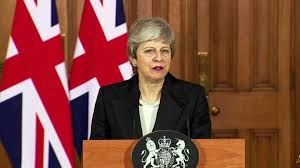 In Britain: There was no sign of a breakthrough in the Brexit deadlock Wednesday when UK lawmakers failed to agree on an alternative to Theresa May’s beleaguered plan even as she offered to resign in a desperate attempt to save it.

Facing intense pressure from her fractured party, the British Prime Minister said she would step down if and when her Brexit deal was delivered. There was a desire for “a new approach, and new leadership,” she told a meeting of Conservative lawmakers.

Hours later, members of the House of Commons voted on a range of measures designed to break the impasse over Brexit — but failed to agree on any of them.

The day ended in chaos as MPs bickered over whether to hold another day of debate under an unprecedented process outside the control of the government.