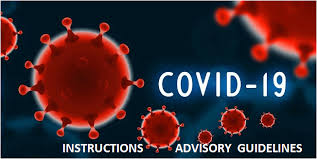 The UK government has announced precautionary and temporary measures to improve the UK’s ability to detect potential new variants of COVID-19 from China, following an increase in cases there and the easing of their border measures from 8 January.

The department for transport, in a press release on Monday said “The government has taken action, under powers within the Public Health (Control of Diseases) Act 1984, to limit the risk of COVID-19 infections from travellers originating from China. The decision has been taken due to a lack of comprehensive health information shared by China. The situation remains under review and if there are improvements in information sharing and greater transparency then the temporary measures will be amended”.

On 30 December 2022, the government announced that it would require people flying directly or indirectly from mainland China to England to provide proof of a negative pre-departure test, taken within two days of departure. This came into effect as of 4:00 am on Thursday 5 January 2023. This applies to transiting passengers, as well as those whose final destination is England.

Government Moves Ahead With Plans To Relocate Residents of The East

Carnival is Back with Mas an Lawi