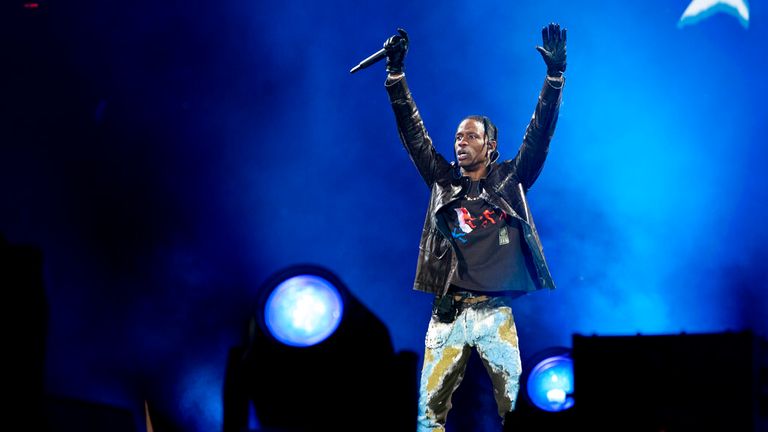 US rapper Travis Scott is facing legal action after at least eight people were killed and hundreds injured in a crush at his Texas festival Astroworld.

One injured concertgoer has accused Scott and surprise performer Drake of inciting the crowd, and is seeking $1 million US in damages.

Neither have commented on the lawsuit.

In a statement following the crush, Scott said he was working to help the families of the victims – the youngest of whom was just 14.

The surge began at on Friday night when panic broke out as the crowd pressed towards the front of the stage during Scott’s headline set.

In a statement posted to Twitter, Houston police chief Troy Finner said he met with Mr Scott and his head of security prior to the event where he expressed his concern regarding public safety.

Police in the Texas city has launched an investigation, including looking into separate reports that somebody in the audience was injecting people with drugs.

Several concertgoers had to be revived with anti-drug overdose medicine, including a security officer who police said appeared to have an injection mark in his neck.

Haiti & DR to be removed from UK’s Red List