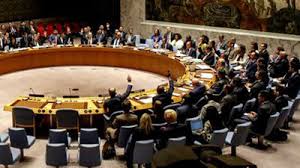 The UN Security Council will hold a summit of world leaders Tuesday to debate climate change’s implications for world peace, an issue on which its 15 members have divergent opinions.
The session, called by British Prime Minister Boris Johnson and conducted by video-conference, comes just days after the United States under President Joe Biden formally rejoined the Paris climate change accord.
Johnson, whose country now holds the Security Council’s rotating presidency, will address the forum, as will US climate czar John Kerry, French President Emmanuel Macron, Chinese Foreign Minister Wang Yi and the prime ministers of Ireland, Vietnam, Norway and other countries, diplomats say.
The meeting will serve as a test for US-China relations, one UN ambassador said on condition of anonymity, alluding to one of the few issues where the two big powers might agree. But this is not a given.

Donald Trump has been ordered by the US Supreme Court

There’s a new robot on the surface of Mars