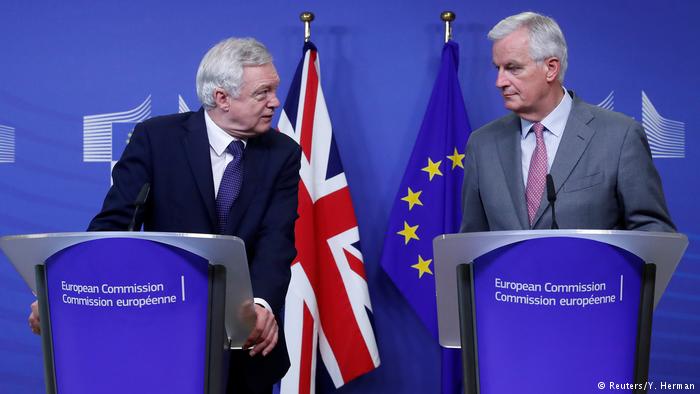 The UK and EU have agreed on a “large part” of the agreement that will lead to the “orderly withdrawal” of the UK.

Brexit negotiators Michel Barnier and David Davis said the deal on what the UK calls the implementation period was a “decisive step”.

But issues still to be resolved include the Northern Ireland border.

The transitional period is set to last from 29 March, 2019 to December 2020, and is intended to smooth the path to a future permanent relationship.

The proposed deal will include an emergency “backstop” option to avoid a hard border that could see Northern Ireland effectively staying in parts of the single market and the customs union, if no other deal can be agreed.

This “backstop” option has been ruled out by Theresa May and any deal creating a difference between Northern Ireland and the rest of the UK is opposed by her DUP allies.

Mr Davis said it remained the UK’s intention to achieve a partnership that was so close it did not need specific measure for Northern Ireland.