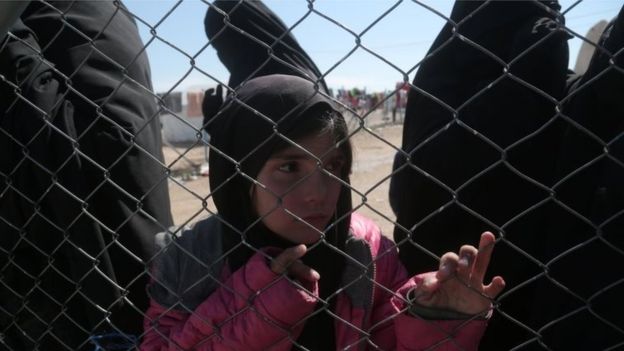 The Kurdish-led administration in northern Syria has called for the creation of an international court to try thousands of suspected members of the Islamic State (IS) group.

One official, Abdul Karim Omar, told the BBC they were struggling to cope with the thousands who emerged from the last IS enclave of Baghuz, in the east.

About 1,000 foreign fighters are among the thousands held by Kurds in camps.

US President Donald Trump hailed the capture of Baghuz last week, although he said the US would “remain vigilant” as the group remains a threat.

While it no longer holds this territory, US officials believe IS may have 15,000 to 20,000 armed adherents active in the region, many of them in sleeper cells, and that it will return to its insurgent roots while attempting to rebuild.