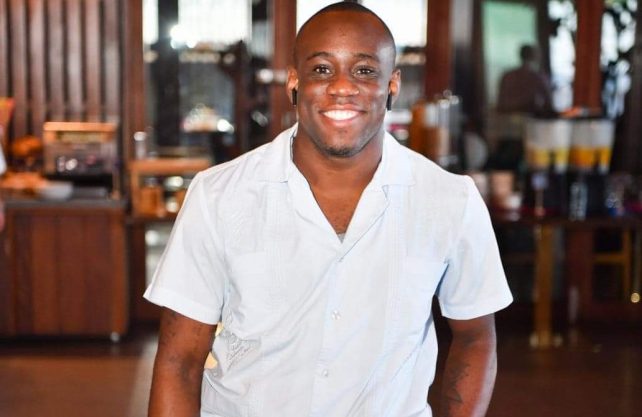 President of the NYCD, Ashma McDougall commented on his passing noting “Daniel Panthier was a committed and respected youth leader. As both a cherished member of Youth Parliament and a devoted youth activist, Panthier embodied an unwavering pledge to public service and youth empowerment and he left an outsized mark on our country, through his youth.

Daniel served as the CARICOM Youth Ambassador, a program contributing to raising his profile at the national and regional levels. This program has assisted in integrating the views and perspectives of young people from across the Region into national, regional, and international policy and programmes and we were fortunate for his representation.

President of the NYC Ashma McDougal

Executive Director of the DAIC Lizra Fabien, expressed condolences to the family, friends, and colleagues of Mr. Panthier and described working with the young man as a joy.

Reiterating the depth of his loss to the chapter, Fabien says, Panthier’s eagerness to serve led him to represent the Chamber on the Advisory Board of the Dominica Institute of Customer Service.