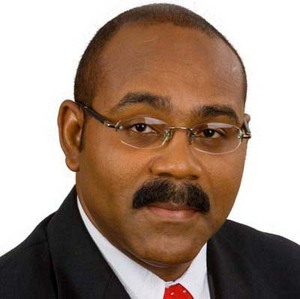 Antigua Prime Minister Gaston Browne has written to United States President Joseph Biden requesting that Caribbean Community (CARICOM) countries be given some of the AstraZeneca vaccines his government is providing to Canada and Mexico.

The White House announced Thursday that four million doses of the vaccine would be released to the US’ two neighbours, marking the first time it has directly supplied vaccines to another country.

In a letter to President Biden, Browne pointed out that the Caribbean is the third border of the US, and the same way in which that country’s safety would be imperiled if the population of Canada and Mexico were not inoculated to achieve herd immunity, the US would remain at risk if CARICOM countries were neglected.

He pointed out that the Caribbean region is among the worst affected by the COVID-19 pandemic.

Describing the economic impact of the pandemic as “overwhelming”, Browne contended that “many Caribbean countries are in danger of collapsing from a massive economic sclerosis”.

Antigua to place some prisoners on house arrest