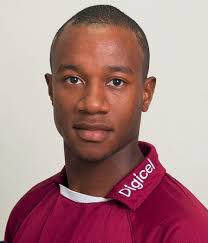 Dominican and Windward Islands all-rounder Kavem Hodge is off to Bangledesh in January to play test cricket for the West Indies.

Hodge, has been named in the West Indies squad to tour Bangladesh from January 29 to February 15, 2021.

He says is thrilled at the opportunity to represent Dominica and the West Indies.

He has scored three centuries with a highest score of 128 as well as 12 half centuries.

Hodge who is from Atkinson made his first-class debut against the Leeward Islands in St. Lucia in 2012.