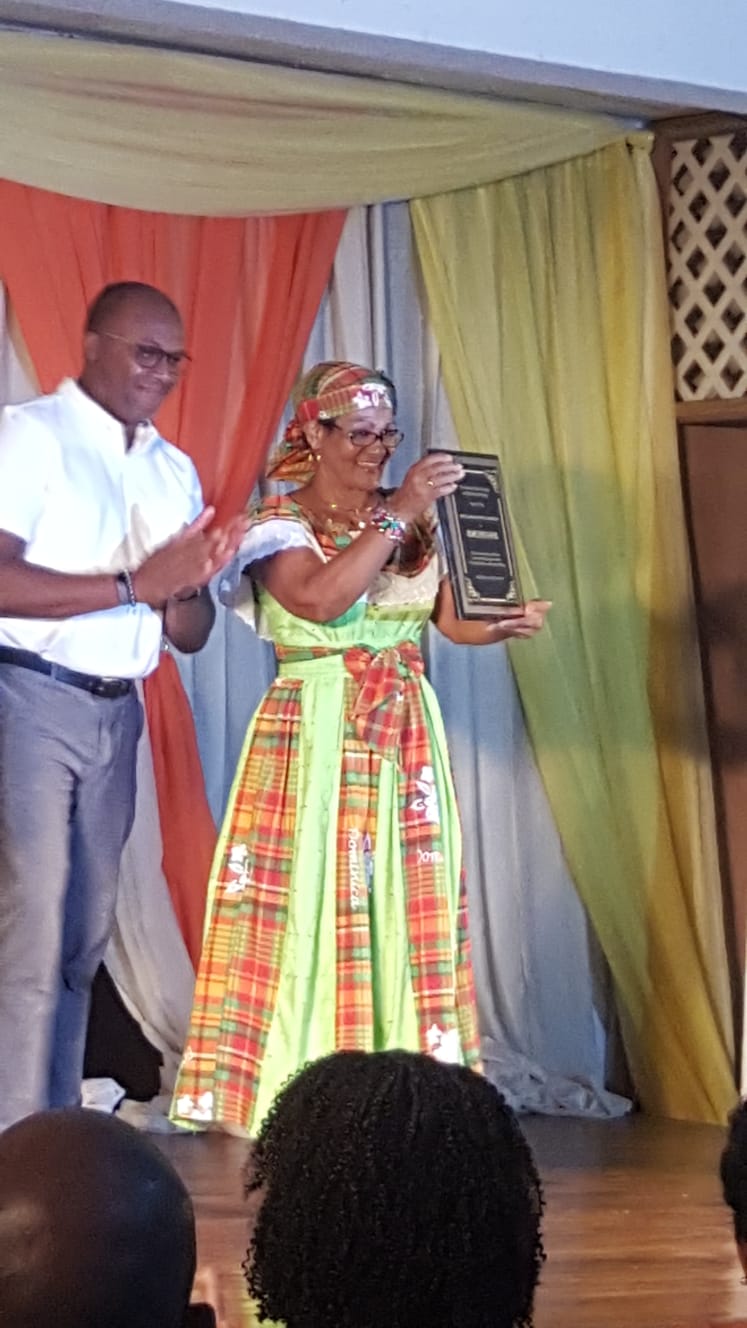 Minister for Tourism and Culture Robert Tonge called for the promotion of Dominica’s arts and culture as part of tourism development here.

Tonge says Dominica should showcase artistic expression as part of its tourism product.

“The tourists who come to Dominica appreciate… our natural tourist attractions,” he said, “but they also appreciate the cultural expressions of our people, in our music, in our dance, in our cuisine, our creole wear and our creole lifestyle”.

He encouraged awardees to strive for cultural excellence, saying “our plans and programmes for development in Dominica must continuously strive to bring out the best in our people and help our people to make progress in their specific areas of endeavour”.

Lawrence cited continuous training and “rebuilding of  capacity” as necessary to accomplish this goal. He highlighted the seven awardees as persons who  succeeded in Arts and Culture after striving for many years.