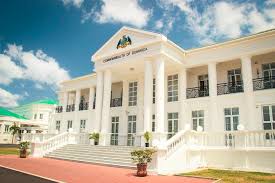 A political storm is brewing over the matter of a rental amount allegedly approved by the Cabinet for housing for Dominica’s Prime Minister Roosevelt Skerrit.

On Tuesday’s edition of the Next Level Programme, Senior Minister Reginald Austrie confirmed the opposition claim which had been swirling in the public for days.

In the latest development, Opposition Leader Lennox Linton has written to Prime Minister Roosevelt Skerrit condemning the approval of the alleged $32, 000 amount as an abuse of the authority of cabinet.

Linton wrote that should Cabinet refuse to reverse this decision, the party will use all legal means to have the matter resolved in the public interest.

But Minister Austrie has defended the Cabinet decision to approve the rental amount.