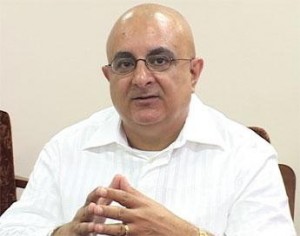 Speaking on Kairi’s Heng yesterday, Astaphan referred to the response as “flat” and “recycled”, saying it failed to reference the destruction of Tropical Storm Erica and Hurricane Maria in 2015 and 2017 respectively.

“I would have thought that after two years of seeking to stab the country in the back… that the opposition leader and his members would have come with something sensible,” he said. “They come with nothing but the usual recycled lies”.

He further noted that he heard no mention of recovery efforts post- Maria from the opposition.

Astaphan believes perceived inconsistencies in the Opposition Party’s overall strategy are caused by flaws in leadership. He referred to UWP members as “dishonest…empty and bankrupt of ideas,” claiming that their leader, Lennox Linton, is “incompetent”.

“In his delivery, it lacked passion; it lacked conviction. There was no energy,” Isaac stated,

Possible Tropical Depression for the Region