School Children across the US are walked out of school to demonstrate against gun violence.
Advertisement [the_ad id="17256"] 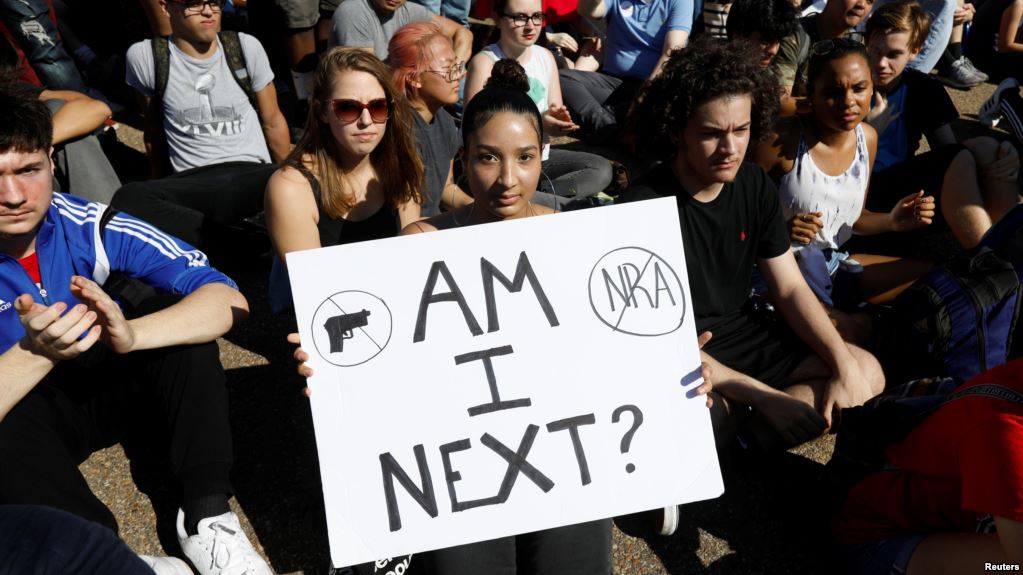 The National School Walkout marks the 19th anniversary of the Columbine High School massacre in Colorado.

Connecticut high school pupil Lane Murdock set up the event in the wake of the Parkland shooting in Florida.

Schoolchildren in every state are expected to participate.

The goal of the demonstration, which involves more than 2,000 schools, is to raise awareness of gun violence and to combat political inaction.

Ms Murdock launched the National School Walkout campaign in the wake of the Parkland shooting in Florida.

The protest started as a petition on the website change.org. More than 250,000 people have signed it.

“I’m from Connecticut where Sandy Hook happened – I’ve been surrounded by this reality all of my life,” referring to the attack on an elementary school that left 26 dead.

Participants plan to leave school and gather for 13 seconds of silence, in honour of the 13 victims of the Columbine shooting.

The sample walkout agenda from the campaign says the students will not go back to school but instead will “make calls to their Senators’ offices and flood social media with calls for reform”.

US students already staged a national walkout on 14 March, one month after 17 people were murdered at Marjory Stoneman Douglas High School in Florida.