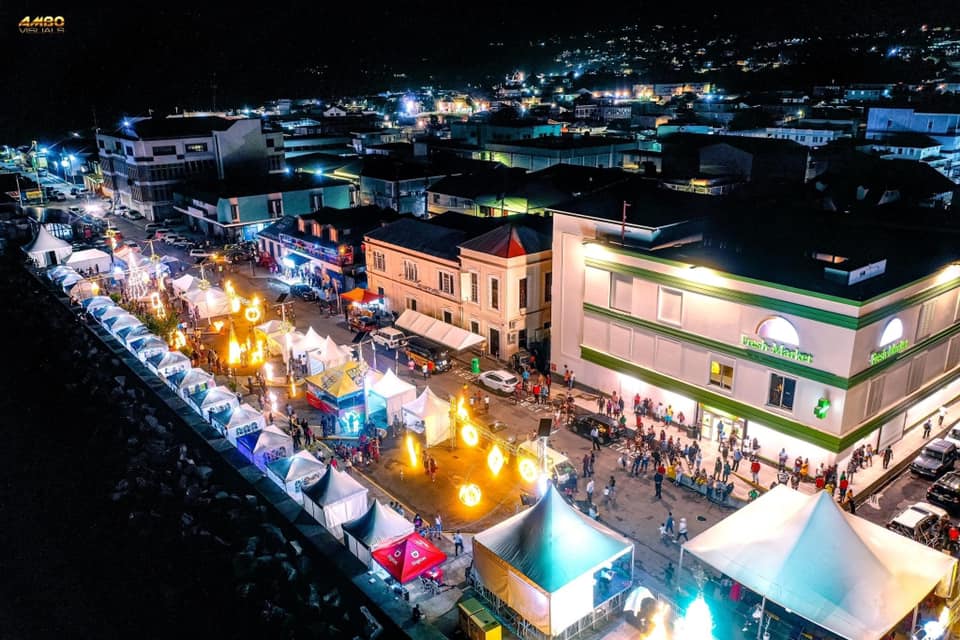 Parliamentary representative of Roseau Central Melissa Poponne-Skerrit has decided to shut down the Santa’s Mall.

Mrs. Skerrit made the announcement this morning in a Facebook post, stating that the Bayfront activity would be shut down from today.

This comes after the December fourth launch of Santa’s Mall as part of a Christmas District spanning the Peeble’s Park to the Roseau Bayfront.

The Roseau Christmas District Committee in an e-mail to vendors apologized for the inconvenience this has caused for their business operating plan for the Christmas season.

The email continued “even though we have lost Santa’s Mall abruptly, we have gained experience. Every cloud has a silver lining.” Registered vendors were also informed that a percentage of the application fee would be reimbursed.

Prime Minister Roosevelt Skerrit addressed the matter this morning at the handing over ceremony of keys to housing recipients. Mr. Skerrit says he is very disheartened about the decision.

Mr. Skerrit also defended the police after the backlash regarding no social gatherings for the Christmas holidays.

Social Gatherings Will Not Be Allowed For Christmas