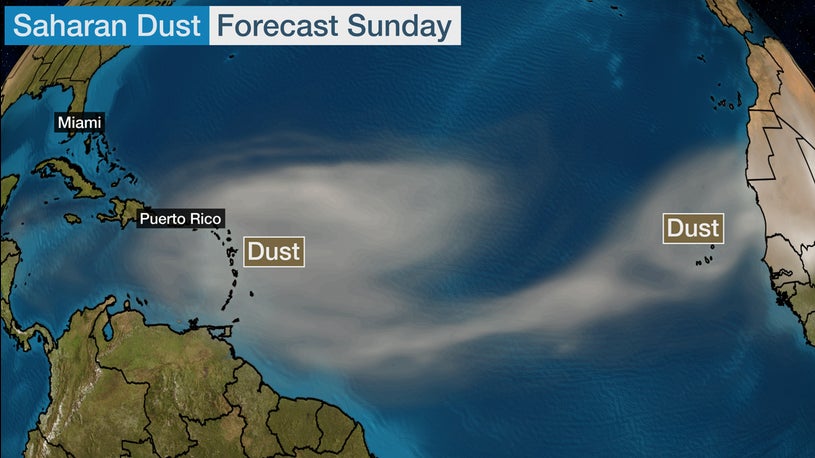 Those hazy skies you see and that dust on your car…there is a reason for that.

Local forecasters said Sunday, a thick plume of Saharan dust haze is expected to continue to blanket the island chain over the next few days resulting in reduced visibility.

Known as the Saharan Air Layer this dry dust commonly forms from April through September and moves into the tropical Atlantic Ocean every three to five days.

The densest plume began to emerge off western Africa last weekend and has now traveled over 3,000 miles across the Atlantic Ocean to the eastern Caribbean Sea.

The Met Office is advising people with respiratory illnesses to take the necessary precautions to minimize complications.

A gradual reduction in haze can be expected by Wednesday.