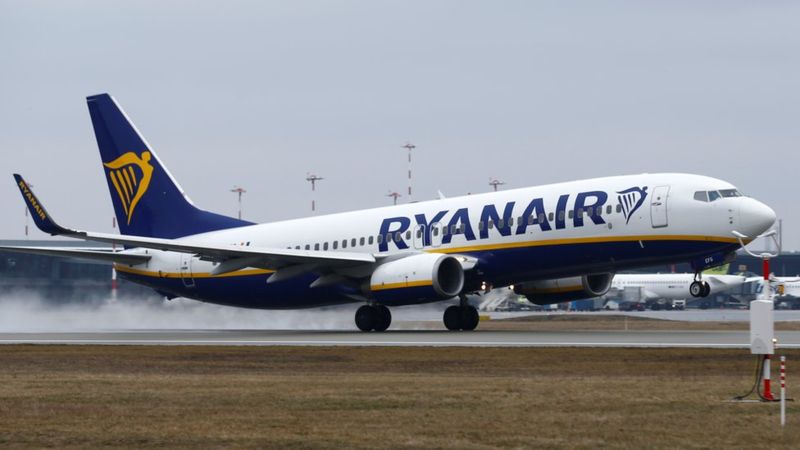 Ryanair has become the only airline to be included in a list of Europe’s top 10 polluters, according to data from the EU’s Transport & Environment group.

It is the first time a company that does not run a coal-fired power plant has come near the top of the ranking.

Seven plants in Germany and one in both Poland and Bulgaria were on the list.

The data said Ryanair’s carbon dioxide emissions rose by 6.9% last year, but the firm said it was “Europe’s greenest and cleanest airline”.

In a statement, the carrier added that “passengers travelling on Ryanair have the lowest CO2 emissions per kilometre travelled than any other airline”.

Last year, the airline launched a new environmental policy, in which it said it would offer its customers the chance to offset the carbon cost of their flights.

The nine carbon emitters above Ryanair in the list are all power plants fired by lignite, which is a form of soft brown coal.

Pollution from airlines has risen by about two-thirds since 2005 and forecasts say it will keep increasing as flying becomes more affordable.

At this rate, the industry will become the biggest carbon emitter within three decades.