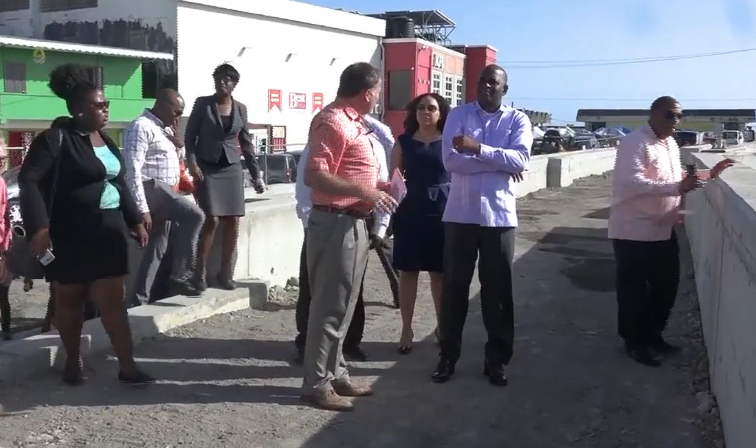 Ongoing works on the Roseau River Defense Wall are expected to be completed by Independence 2019 (November).

Prime Minister Roosevelt Skerrit addressed the launch of Joseph Isaac as the Dominica Labour Party Candidate for Roseau North last Sunday, where he said works are also expected to continue in other parts of the city as part of the Roseau Enhancement project.

“Today, Roseau enhancement is real,” the Prime Minister declared to the crowd. “It is unfolding before our eyes.

Mr. Skerrit said that he met with contractors last Tuesday, July 16, to discuss plans for the transformation of River Street.

“I have made it clear to the contractor,” he added, “I need that phase of the project completed by Independence Day of this Year”.