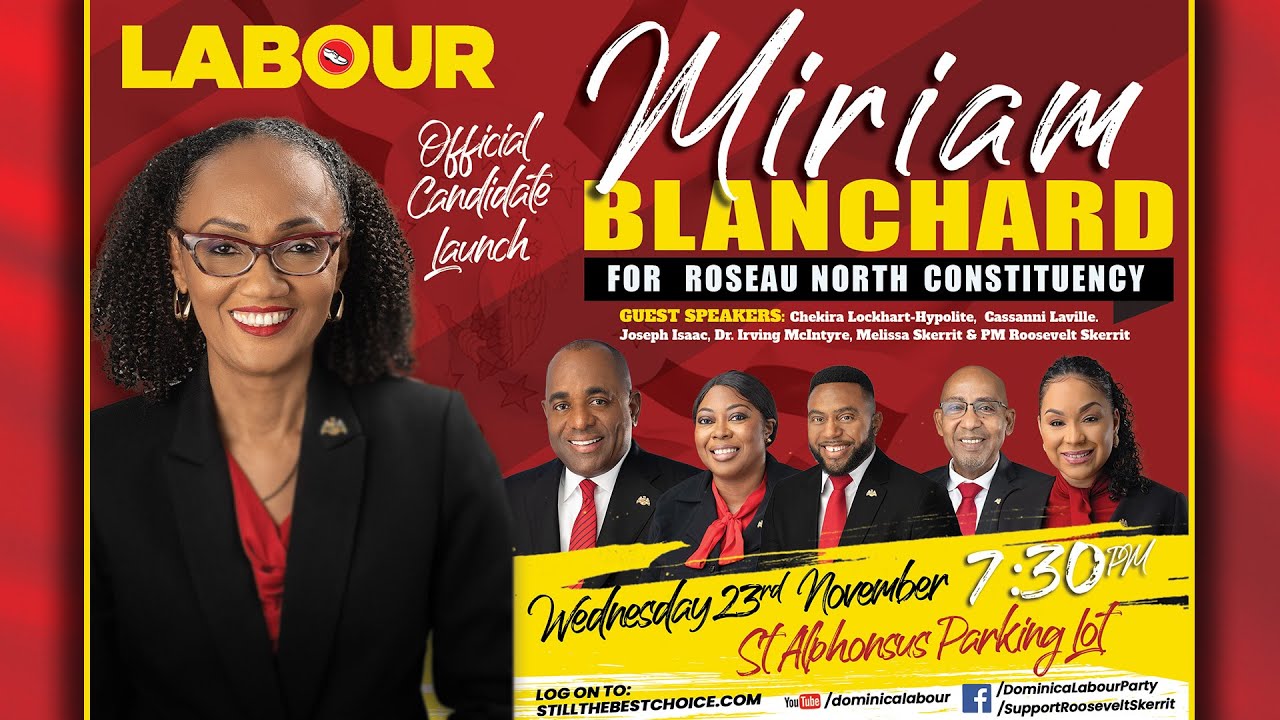 Skerrit believes Blanchard with chart a new way to forswear for the people of the area and bring economic and other areas of development to Roseau North as has been realized in the Roseau central constituency by the current MP.

She spoke at the endorsement and launching ceremony of Blanchard last week.

Blanchard will for the firt time contest that seat now under the control of the UWP.

Poponne Skerrit says Blanchard, like the Roseau central MP will bring a new way of life for the youth, particularly in the area of technology.