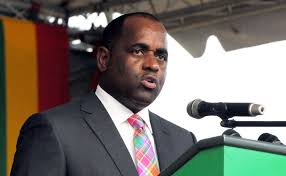 Prime Minister Roosevelt Skerrit has defended his party’s performance in office as the country prepares for fresh general elections.

Prime Minister Skerrit says despite opposition criticism of his Government’s performance during its 19 years in office, he is proud of his party’s record.

Meantime Mr. Skerrit is also defending the country’s Citizenship by Investment Programme which he says has contributed significantly to economic activity.