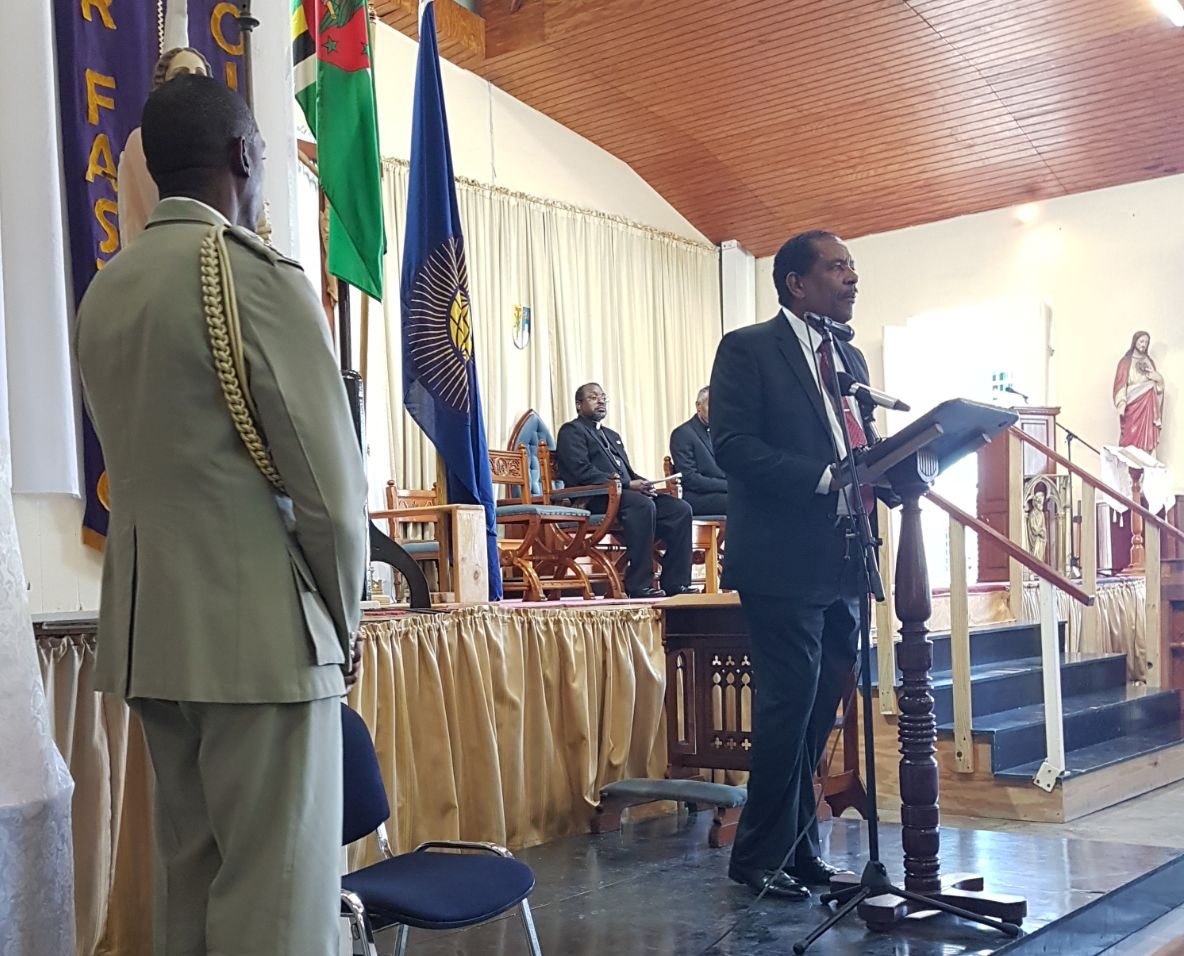 Her Majesty Queen Elizabeth the second in her message on commonwealth day as read by His Excellency President Charles Savarin, has noted the importance of sport and its key role in contributing to peace and development among the commonwealth.

Excitement and positive potential of friendly rivalry will be on display next month at the commonwealth games in Australia.

The queen through his Excellency the president says we all have reason to give thanks for the many ways our lives have been enriched when we learn from others through exchange of ideas and various perspectives,and grow in understanding collaboratively towards a common future.

His excellency the president of the commonwealth of Dominica Charles savarin representing Her majesty the Queen Elizabeth 11 who also is the head of state. Theme: Towards a common future