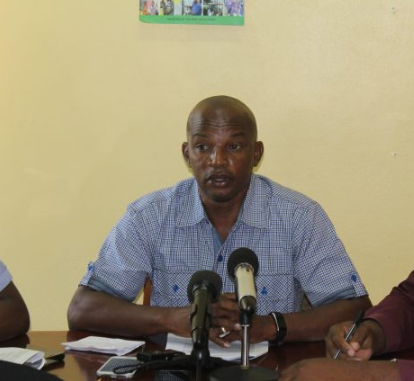 The Police Welfare Association (PWA) says it is disappointed with Government’s latest proposal as salary negotiations continue between the two parties.

The Executive of the PWA met on Friday to discuss outstanding issues related to living and working conditions and salary negotiations.

“Members were extremely disappointed in the proposal,” he said. “Government should have sent a proposal that is painting a better picture.”

Drigo said the officers felt disrespected. He said the PWA plans to draft a letter to the government, asking them to send another proposal as the first was “empty.”

“That is not a proposal,” Drigo insisted.

He says remedial works have been done to curb an ongoing bug infestation, and although the problem resurfaced, the administration is working to fix the problem.

“The traffic department got a face- lift,” Drigo said, “and we would like to commend the administration. When it’s good, you must say it’s good.”