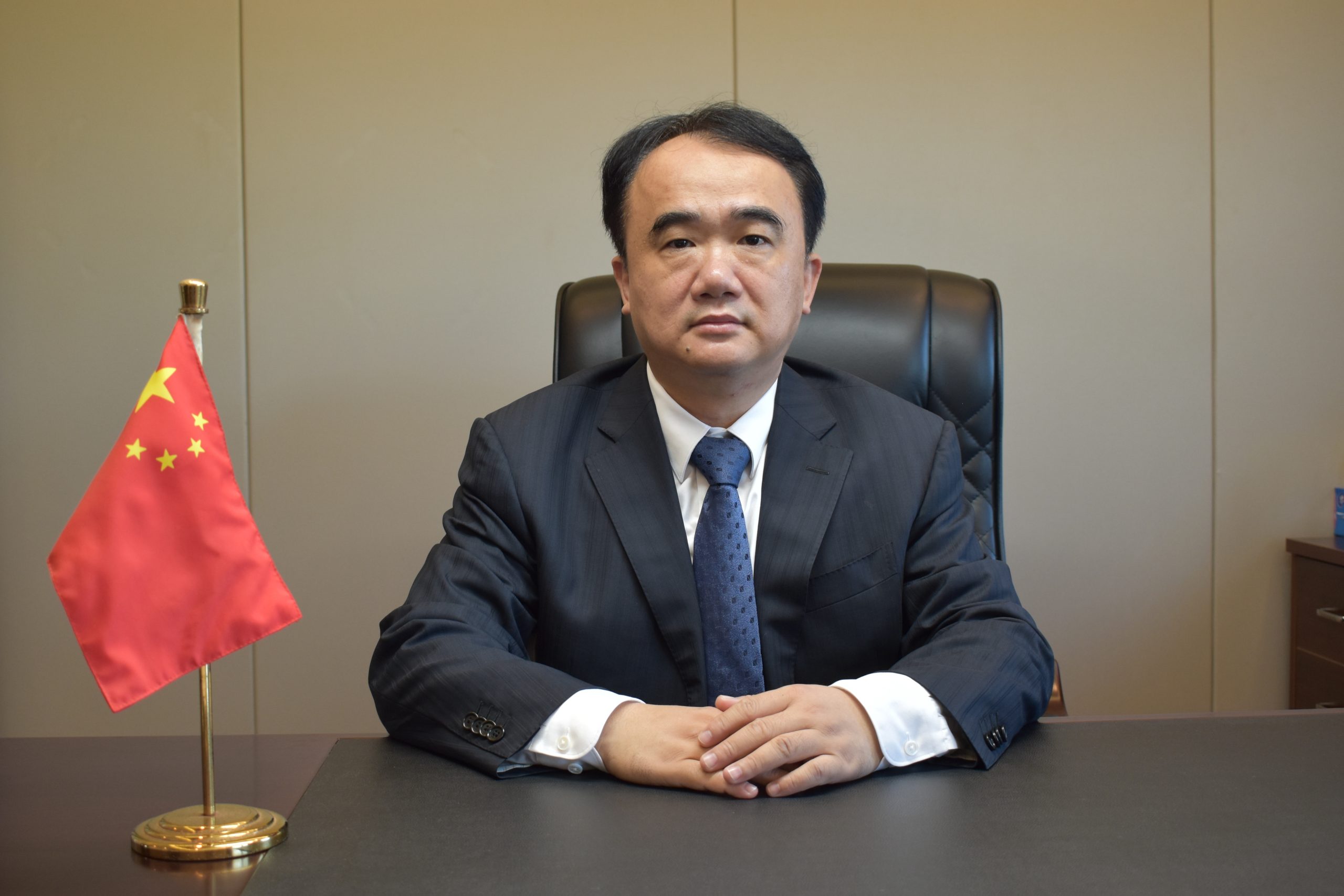 It is a great honor to be Ambassador of the People’s Republic of China to the Commonwealth of Dominica, opening a new chapter in my diplomatic career. I’ve heard so much about the photographed scenery of Dominica while in China, and could not resist the urge to see the Nature Isle of Dominica. I arrived in Dominica at the end of last month. It struck me as impressive when the lush green mountains and saturated blue sky met my eyes. It is no wonder Dominica is dubbed the Nature Island of the Caribbean.

Though geographically far apart, since 2004 when diplomatic relations were established, China and Dominica have enjoyed rapid and steady development of bilateral relations with pragmatic cooperation in all fields continuing to deepen and expand, setting a good example of relations between countries of different sizes. At the beginning of this year, Chinese President Xi Jinping held a telephone conversation with Dominican Prime Minister Roosevelt Skerrit, pointing out the direction for the next stage of the development of bilateral relations.

The China-aid Windsor Park Stadium provides Dominica a venue for holding top-level cricket games, as well as for big occasions such as Creole Music Festival and Independence Day celebrations. The New Town Primary School offers local communities a safe, comfortable, and modernized teaching facility. The York Valley Bridge project has contributed a great deal to the development of local agriculture and tourism. The Post-Hurricane Maria Roof Restoration Project played an important role for many people in responding to the hurricane disaster. The West Coast road post-Erika rehabilitation project handed over last year provides a convenient highway for people from the north and the south. The above-mentioned projects are powerful testimonies of China’s support for Dominica to become the world’s first climate-resilient nation.

The China-Dominica Friendship Hospital, which has been partially put into use, is expected to be completed next year. After completion, it will become a modern hospital equipped with the most advanced medical equipment in the Caribbean. This year, Chinese medical experts also established the first cardiology department in the hospital.

Broccoli and lettuce planted by local farmers under the guidance of Chinese agricultural experts have gradually entered major supermarkets. The Dominican officials, professional and technical personnel as well as students who

receive training or study in China every year are becoming envoys for the development of China-Dominica relations.

Since the outbreak of the COIVD-19 pandemic, China and Dominica have stood by each other, elevating the bilateral friendship to a new level. Dominican Prime Minister Roosevelt Skerrit led all cabinet members to the Chinese Embassy to express solidarity with the Chinese government and people in its fight against Covid-19 last year. Dominican government also overcame many difficulties to donate masks to China. China tried its best to help Dominica after Dominica reported Covid-19 cases and has donated more than 10 batches of medical supplies to Dominica, including masks, protective clothing, ventilators, forehead thermometers, test kits, and so on. China also donated 20,000 doses of vaccines to Dominica in March this year.

My hometown, Hainan Island is in the tropical region same as Dominica. I also worked in the Chinese Embassy in the Bahamas six years ago. Therefore, I have a good understanding and deep feelings for the Caribbean region. There is no better way to describe the China-Caribbean relationship than the ancient Chinese poem “Good friends feel close even when they are thousands of miles apart”. Although China and the Caribbean are far apart, they have many things in common. Both sides experienced the tragic history of being colonized and invaded, so both of us firmly oppose hegemonism and power politics. Both sides are open, inclusive, and hospitable people, so both of us are willing to broadly develop friendly relations with other countries around the world based on the principle of mutual respect. Both sides are countries prone to natural disasters, facing challenges such as climate change, so both of us attach great importance to ecological and environmental issues and make tangible efforts to its end.

2021 is a very special year for China. It marks the 100th anniversary of the founding of the Communist Party of China and the 50th anniversary of China’s restoration of its lawful seat in the United Nations. It marks China’s fulfillment of the First Centenary Goal of building a moderately prosperous society in all respects featured by eradicating absolute poverty. It also marks China’s moving on toward the Second Centenary Goal of building China into a great modern socialist country in all respects. In recent years, Dominica is also working hard to seek economic transformation and build Dominica into the world’s first climate-resilient country. Therefore, the cooperation potential between China and Dominica is huge.

On November 22, I presented my credentials to President Charles Savarin and held talks with Prime Minister Skerrit. As the sixth Chinese Ambassador to Dominica, with my deep feelings for the Caribbean and Dominica, I will continue to deepen the friendship between China and Dominica, further

Weather Forecast For Sunday, 28th November, Valid from 6:00am