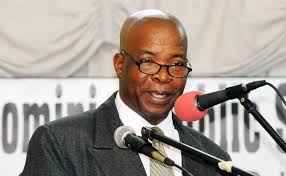 The Dominica Public Service Union will take concerns about the proposed Hospital Administration Bill to its general membership today.

The urgent meeting takes place at 4:15 p.m and will address how the bill is expected to impact job security, salaries, professional growth and promotions.

On Thursday, during a press conference, the Dominica Public Service Union (DPSU) expressed vehement opposition to a recently proposed Hospital Administration Bill that will reshape the organizational structure and operations of the National Hospital.

The Bill, which has been brought forward for stakeholder inspection by the National Health Commission (NHC) and may soon go to Parliament, proposes that a Board of Directors take charge of the Hospital among other considerations.

The NHC recently indicated that these changes will increase accountability at the National Hospital.

The DPSU says, however, the state must continue to run the facility, and the rights of health workers to certain benefits have not been considered.

The DPSU says the Bill threatens the rights of workers to be represented by a Union, and believes proposed 3-year contracts for all non-executive staff will have a negative impact on employees.

The DPSU is calling for a delay of the Bill to Parliament.

General Secretary of the Dominica Public Service Union Thomas Letang, reading a letter from the DPSU to the Health Commission regarding the Hospital Administration Bill