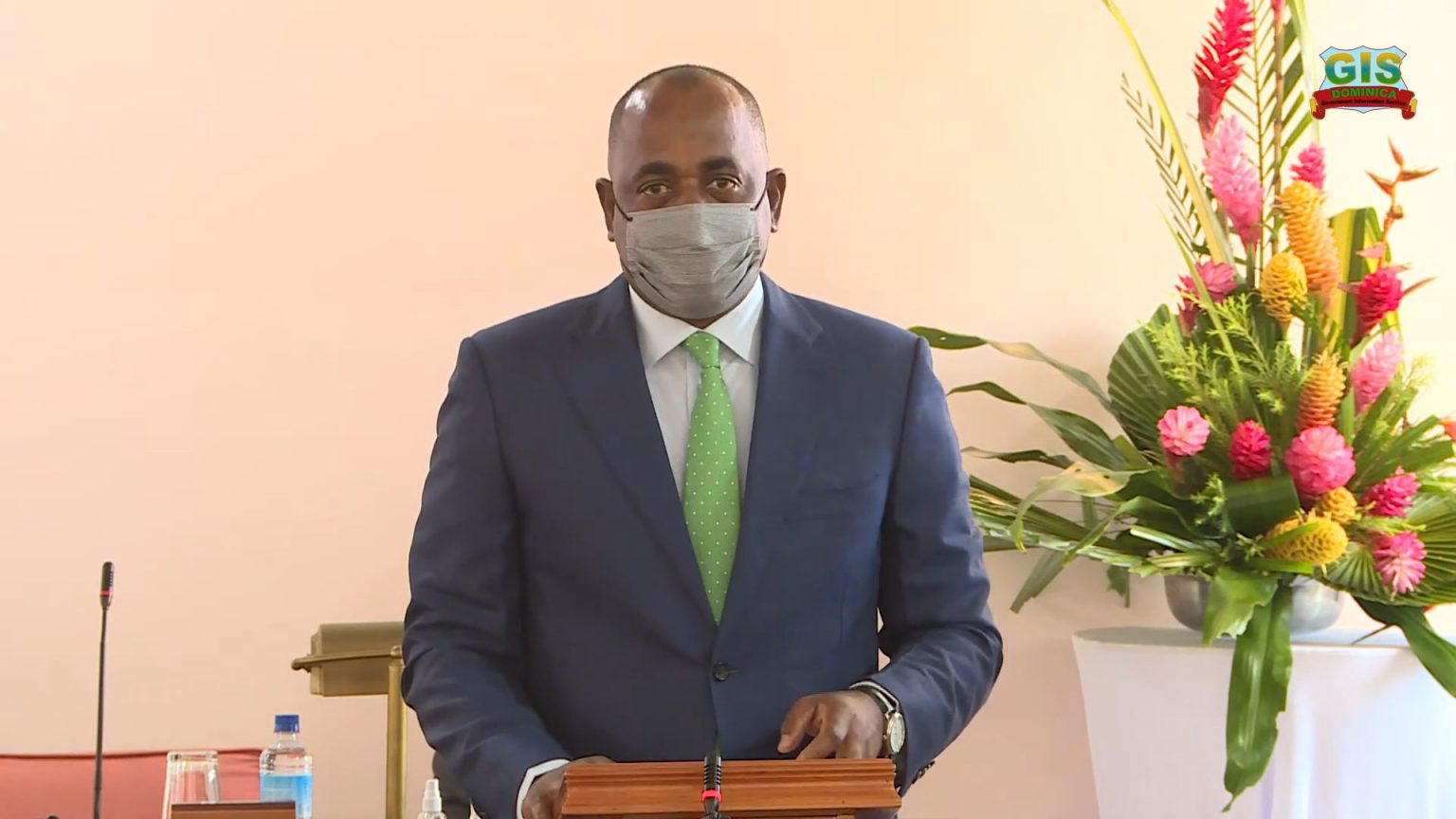 Prime Minister Roosevelt Skerrit has made an appeal to citizens to hold themselves accountable and come forward if they have been in contact with someone who tested positive for Covid 19.

He says it is important that contacts are identified so that they can be tested as soon as possible.

The Prime Minister made the announcement in an address to the nation from Parliament on Tuesday.

Mr. Skerrit also shared some additional tips and resources to assist the public in responsibly navigating the recent surge in cases.

Fourteen out of over two hundred persons who presented themselves for testing at the Roseau Health Center over the weekend returned with positive results.

Prime Minister Skerrit noted that new cluster may be as a result of persons who entered the state illegally.

The current cases are associated with a bike show and a dance which took place last weekend.

In addition to the 12 confirmed cases, 14 rapid antigen tests over the weekend returned with positive results and are awaiting confirmation.

There are now 45 active cases of covid-19 in Dominica