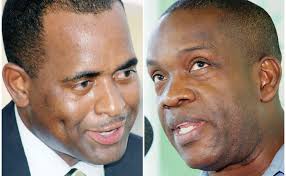 Prime Minister Roosevelt Skerrit has slammed opposition leader Lennox Linton for selective outrage over alleged death threats made to him on social media.

Linton told a radio programme on Monday, he received a death threat via his Facebook over the weekend, because of his opposition to a rental amount approved by Cabinet for housing for Prime Minister Skerrit.

On Kairi’s Heng Tuesday, Prime Minister Roosevelt Skerrit accused the Opposition Leader of remaining mute when several threats were made against him and his children.

Geotechnical Studies for International Airport to get underway by August