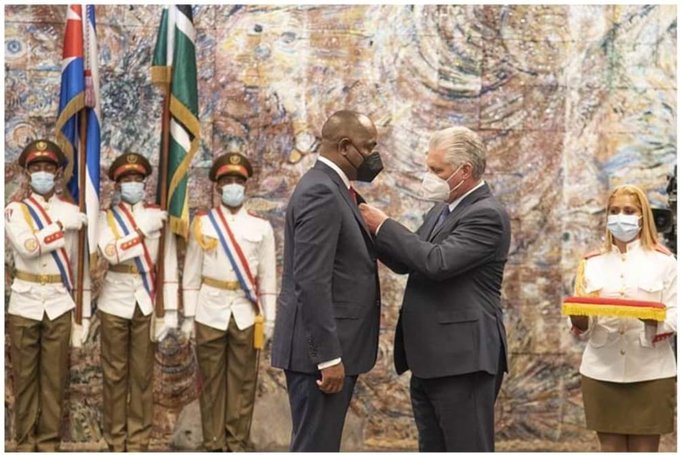 Prime Minister Roosevelt Skerrit has been awarded Cuba’s highest national award by the Government of the Republic of Cuba joining a distinguished list of world leaders.

Mr. Skerrit is now the ninth recipient of this lauded recognition. He is the first leader in the Eastern Caribbean to receive such esteemed recognition.

This is not the first honor bestowed on Prime Minister Skerrit for his accomplishments and leadership.