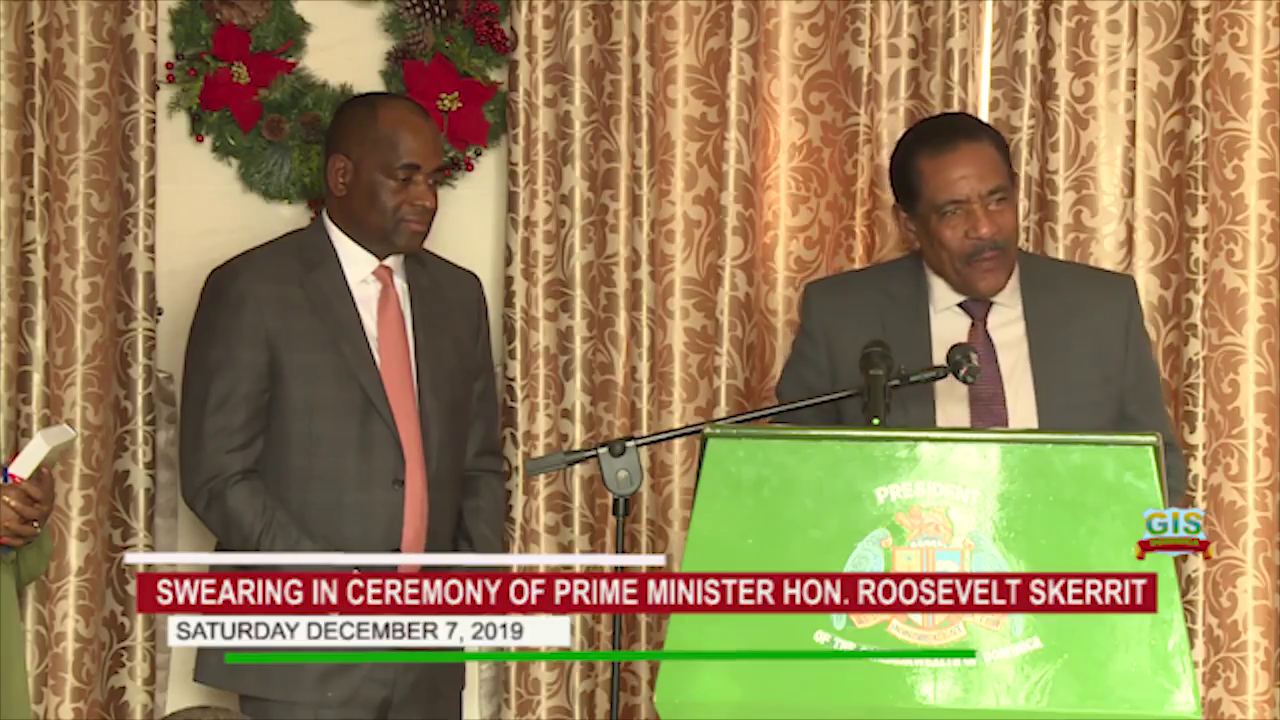 On Saturday December 7th  2019 Dominica’s Prime Minister Roosevelt Skerrit was sworn in for the 5th consecutive time to lead the country’s affairs.

The party won 18 of the 21 parliamentary seats, relegating the opposition United Workers Party to a mere 3 seats in the Dominica House of Assembly.

Mr. Skerrit took his oath of office on Saturday afternoon at the President’s House.

Following his party’s resounding victory on Friday, Mr. Skerrit said one of his first priorities was to reverse the hurt caused to Dominica’s reputation in the past few weeks