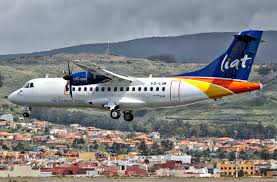 In the face of reports that regional carrier LIAT’s closure is forthcoming, Dominica’s prime minister Roosevelt Skerrit urged the region’s leaders to be reminded of the economic impact which will be felt by all if the airline is allowed to fail.

“One has to appreciate the tremendous economic dislocation it would cause to every single country if this airline were to go under,” he noted.

Skerrit made the assertions while in Antigua, where LIAT’s shareholders and directors shall be meeting today, April 30, to discuss and assess the viability of LIAT and form a consensus on the future of the airline.

Following injections of US$370,000 by Grenada’s prime minister Dr. Keith Mitchell and US$960,310 from Antigua’s prime minister Gaston Browne into the emergency fund required to save the island-hopping carrier, Skerrit pledged that Dominica is committed to make a financial contribution of its own to LIAT’s survival and sustainability.

“Let us not set aside the greater good of this company and its services to our region. We in Dominica appreciate the importance of LIAT to the economy of Dominica,” he asserted.

While Barbados, St. Vincent and the Grenadines, Dominica and Antigua and Barbuda are the main shareholder governments of LIAT, Skerrit noted that the entire region will be affected if the airline folds as a result of its failure to acquire the $US5.4 million required to avoid closure.

In response to the proposed reduction of the airline’s fleet as part of an austerity measure to reduce expenditure, Skerrit noted:

“I am concerned that with the possibility of the reduction of the number of planes available to LIAT, we will see a serious challenge. All of us will be impacted.”

Three of the 10 aircraft in the airline’s fleet are owned by the Barbados-based Caribbean Development Bank (CDB) and the remaining seven are leased. Collectively, they operate 491 flights throughout the Caribbean on a weekly basis.

In a media statement yesterday, the regional airline’s chief executive officer (CEO) Julie Reifer-Jones said the carrier was committed to continuing to connect the region.

“LIAT is committed to fly, and we are flying to the 15 destinations across the network,” Reifer-Jones said. (OPM)

PRESSURE MOUNTS FOR MADURO TO GO

UWP TO TAKE ITS ELECTION CAMPAIGN UP A NOTCH