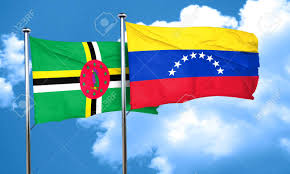 Hundreds of Venezuelans rallied on Tuesday after opposition leader Juan Guaido called for a “military uprising” in his strongest move to take down President Nicolas Maduro since declaring himself interim president earlier this year.

Guaido said he had started the “final phase” of his campaign to remove Maduro from power, calling on Venezuelans and the military to back him.

This comes following months of tension in the South American country that has over the past ten years built a solid relationship with Dominica based on strong economic ties.

Dominica has benefitted from the Petro Caribe agreement through funding for agricultural, school-feeding, cultural, social and infrastructural projects.

Earlier this year Dominica’s Ambassador to the United Nations, Loreen Bannis-Roberts expressed support for Nicolas Maduro as the rightful President of Venezuela saying that “Dominica stands loyal to the principles on Nonintervention and fully respects the will of the people of any sovereign nation as exercised through the electoral process.

CARICOM too has supported a non-interventionist policy in regards to Venezuela’s affairs.

US officials said on Tuesday that three members of Venezuelan President Nicolás Maduro’s inner circle agreed with the opposition that he “had to go” but then backtracked.

Military leaders appeared to be standing behind Mr Maduro, accusing Mr Guaidó of an attempted coup.

US Secretary of State Mike Pompeo has also alleged the president had been prepared to leave the country on Tuesday and fly to Cuba but was talked down by Russia. He has offered no evidence of the claim.

He said the attempt had been quashed.