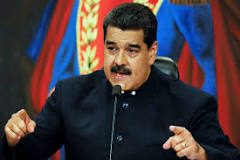 President Nicolas Maduro’s government is of the view that “Venezuela is irrevocably free and independent, which is why actions by diplomatic representatives that implicate meddling in matters that are the exclusive realm of the Venezuelan people and state authorities are not and will not be allowed,” and that the international community should “adopt a constructive balanced attitude” toward Venezuela’s political crisis, instead of “encouraging the path of coups and violence (and) facilitate a peaceful and negotiated solution between the Venezuelan camps.”

Maduro’s government also accepts as true that Washington’s support for opposition leader Juan Guaidó as the country’s interim leader is aimed to oust his administration and open Venezuela’s vast oil reserves as well as gold deposits to US corporations.

John Bercow Against Brexit Votes Once the Motion Remains the Same