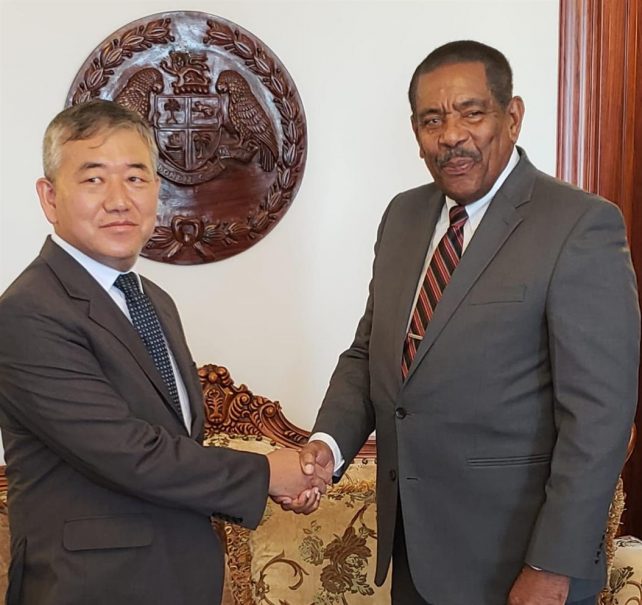 His Excellency the president of the commonwealth of Dominica Charles Angelo Savarin is anticipating that Korean ambassador to Dominica his excellency Kin Byung Yun can assist with strengthen the bilateral relations between South Korea and Dominica during his Tour in Dominica.

Ambassador Yun presented his credentials to President Savarin this week.

His Excellency said these kind gestures represent the commitment mutual understanding and trust that have been developed during the years of diplomatic relations.

The President went on to extended an invitation to the ambassador of the UN as to initiate more frequent visits Dominica as the country seeks to rebuild as the first resilient in the world.