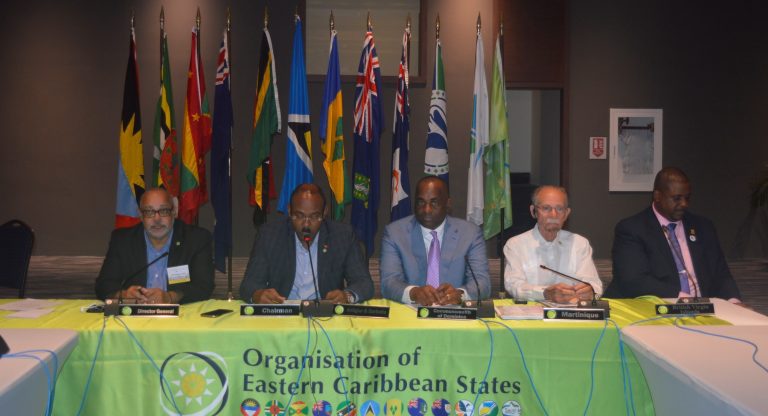 Dominica’s Prime Minister Roosevelt Skerrit has pledged to protect the best interest of citizens in the sale of Scotia Bank.

Republic Financial Holdings Limited announced last November that it had acquired Scotiabank’s operations in the Eastern Caribbean, including in Dominica.

Prime Minister Skerrit spoke at the end of the 67th Meeting of the Organization of Eastern Caribbean States (OECS) Authority and the Fourth Sitting of the OECS Assembly in Antigua this week.

He said the OECS Monetary Council is also expected to discuss the matter further.

Meantime, the Prime Minister has reiterated calls for island governments and other stakeholders to continue supporting the cash-strapped LIAT.

Mr. Skerrit said Dominica would continue to play a major role in LIAT.

“We continue to be a shareholder and Dominica will play a bigger role in LIAT. LIAT is a very critical part of our survival in Dominica and you cannot remove the airline from the equation,” he said.