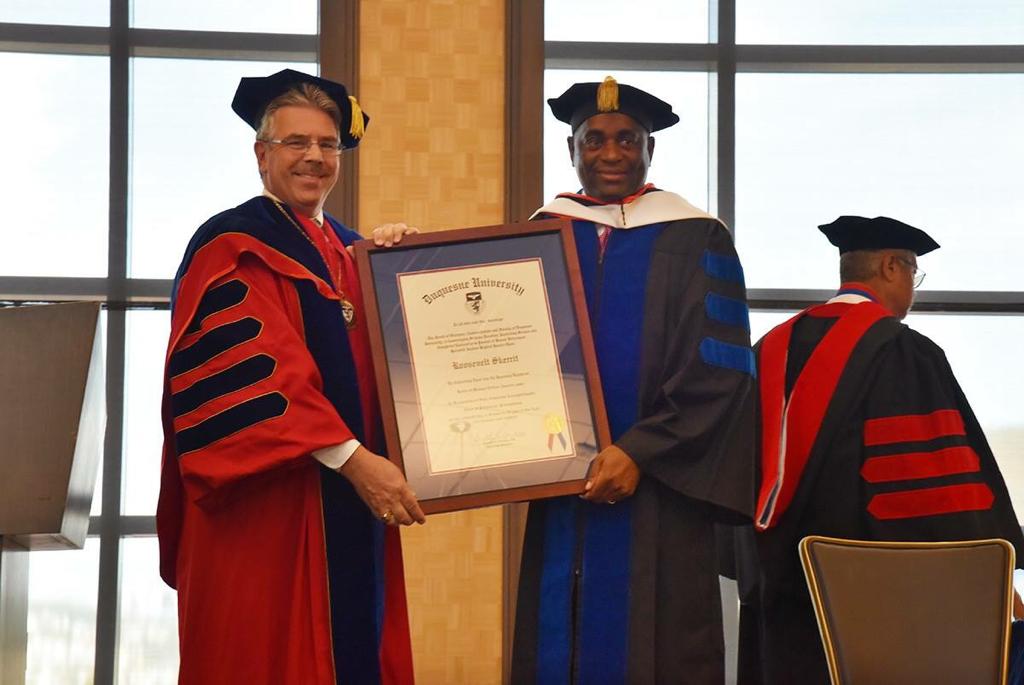 Prime Minister Roosevelt Skerrit has been awarded an honorary Doctorate from the Duquesne University in Pittsburgh, Pennsylvania, in recognition of his leadership and advocacy on climate change.

The conferment of the Degree of Humane Letters, Honoris Causa, took place earlier today during a ceremony at the Charles J. Dougherty Ballroom on the university campus.

The degree was conferred by President of the University, Dr. Ken Gormley.

During the ceremony, Prime Minister Skerrit was the key note speaker where he delivered on “Building Climate Resilient Countries” as part of the University’s ‘Integrity Creation of Leadership’ series.

Prime Minister Skerrit further noted during his address that the international community has been inspired by Dominica’s goal and the conviction of its leadership.

Mr Skerrit said he recognize that the loss and damage as a percentage of GDP from extreme climate events are correlated with economic development and equality.

Duquesne University’s selection of honorary degrees are awarded to individuals in recognition of distinguished service and commitment to the institution, humanity and academia.

Honorary degrees are also conferred on individuals who have made valuable intellectual contributions to society and the world.

Community Works Leading Up To Community Day of Service In Kingshill