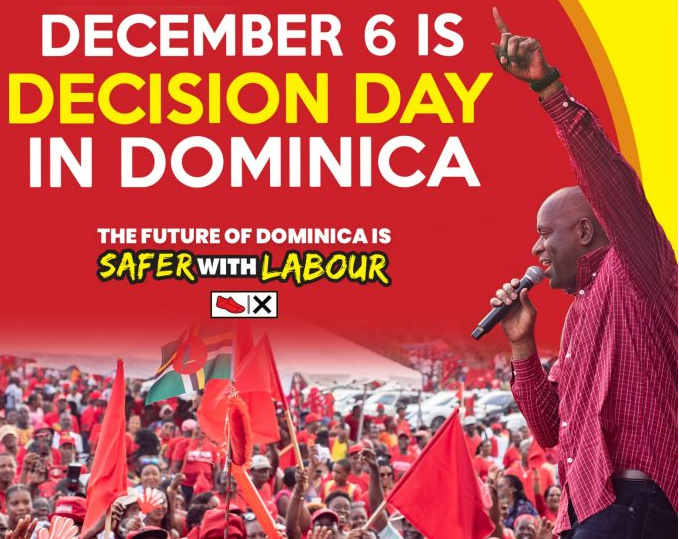 Dominicans go to the polls on Friday, December 6 to elect a new Government.

The country’s Prime Minister Roosevelt Skerrit made the announcement at a talent show of the Dominica Labour Party on Federation Drive in Goodwill in the Roseau North Constituency on Tuesday night.

Speaking to hundreds of his DLP supporters, Mr. Skerrit said following an extended period of divisive politicking here, he had decided not to take the country into a new year of campaigning.

The Prime Minister declared  December 6th as a day when citizens “will choose between transformation and change that they can see versus talk and inexperience; between experience and experimenting; between safety versus uncertainty”.

He also appealed asked citizens to exercise peacefulness and maturity throughout the upcoming election as “We are one people. We have a nation to build. We have an image to safeguard”.,

The opposition United Workers Party, led by Lennox Linton, has not responded officially to the announcement.

A spokesperson for the electoral office told Kairi News persons wishing to vote can register up to midnight, tonight-the day of issue of the writ.

Registering and Assistant registering officers will be available throughout the period to facilitate this process.

The electoral office is expected to issue a full statement later today.