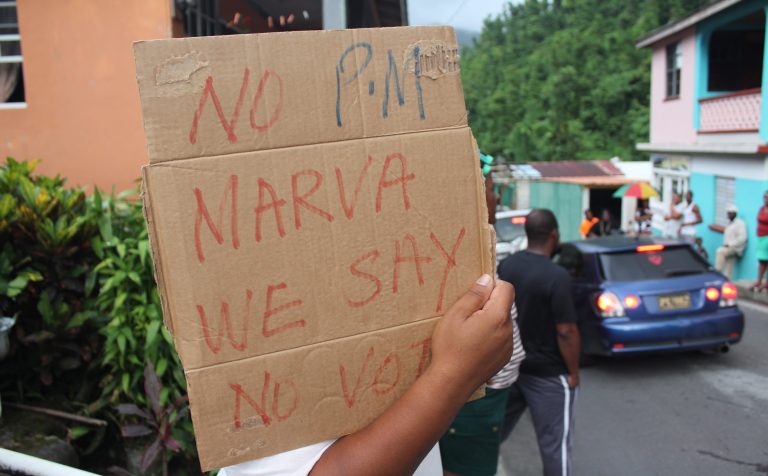 Residents of Pichelin on Monday took to the streets to protest unconfirmed reports that Marva Williams, the declared Dominica Labour Party candidate for the Pichelin, would be replaced.

Sources close to the DLP tell Kairi News a decision has been taken to ask Ms. Williams to step aside to make way for the return of current MP Dr. Kenneth Darroux. There has, however, been no official announcement from the party.

Prime Minister Roosevelt Skerrit had announced in Londonderry earlier this year that Williams, a marketing professional and events manager at the Dominica Festivals Committee, would replace Darroux on the ballot.

Upon hearing word of a possible change of heart, Pichelin residents registered their dissatisfaction, tearing down red flags and chanting “No Marva, No Vote” late into the evening on Monday.