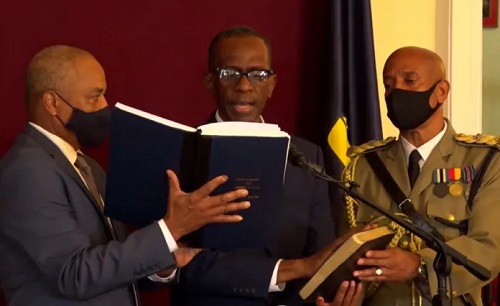 Philip J Pierre has now officially been sworn in as prime minister of Saint Lucia.

In his first address as prime minister, Pierre thanked St. Lucians for realizing that the country needed to be rescued.

He pledged to represent all St. Lucian across party lines.