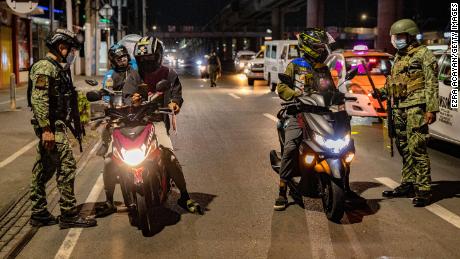 Millions of people in the Philippines won’t be celebrating Easter as normal this year after the majority Catholic country imposed a strict lockdown in the capital and nearby provinces.

Philippines has reported more than 720,000 coronavirus cases, including 13,170 deaths, making it one of the worst affected countries in Asia.

The country has seen a steep rise in daily reported cases since February, and the country is now reporting more than 9,000 new cases a day.

There are more than 105,000 active cases, according to the Philippines’ Department of Health.

CDC head warns of ‘impending doom’ in US