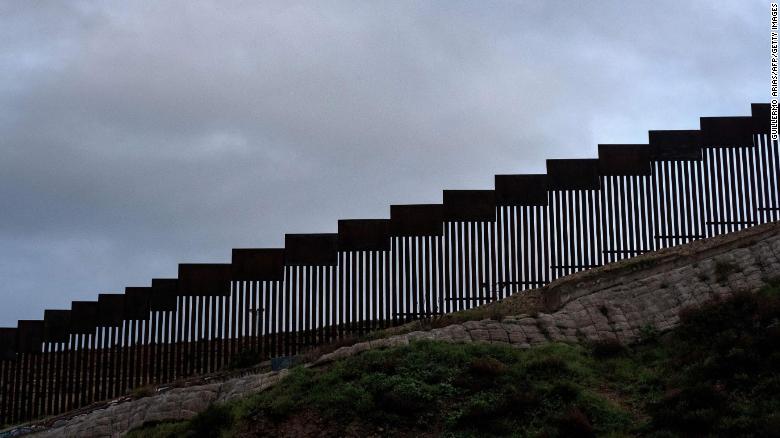 The first contracts to support the construction of President Donald Trump’s much-sought-after border wall are expected to be awarded this week using Pentagon funds, two US defense officials tell CNN.

The officials tell CNN that the first US Army Corps of Engineers contracts to support the wall’s construction should be signed this week, with one official saying it could happen as early as Tuesday.
The contracts are to support work at the two sections of the proposed wall that Defense Department officials surveyed late last month, in Yuma, Arizona, and the New Mexico part of the El Paso sector, which also includes Texas.
A spokesperson for the Army Corps of Engineers told CNN last month that the plan was to install 11 miles of fencing at Yuma and 46 miles at El Paso.
The funds for the contracts are to come from the $1 billion that was recently reprogrammed from Army personnel accounts into the 284 counter-drug account that authorizes border barrier construction.
That reprogramming has been opposed by some lawmakers in Congress, but the Pentagon has said it does not need congressional approval to shift the funds.
As a consequence of the move, Congress has threatened to strip the Pentagon of its ability to transfer funds in the future.
Officials had previously told CNN that if the contracts were awarded in mid-April, construction could begin by late May, depending on whether the Department of Homeland Security issues environmental waivers, which is sometimes done to expedite construction.
Trump traveled to the border Friday accompanied by Lt. Gen. Todd Semonite, the commander of the Army Corps of Engineers.
The Pentagon funds are to be spent on 57 miles of 18-foot-high fencing along the Yuma and El Paso sections of the border, according to a letter acting Secretary of Defense Patrick Shanahan sent to outgoing Secretary of Homeland Security Kirstjen Nielsen, who approved the DHS request for support.
Trump announced on Sunday that Nielsen would soon be leaving her position.
The administration has previously said it plans to shift an additional $1.5 billion in Pentagon funds toward wall construction at some point.
That money is separate from the $3.6 billion in military construction funds that the Trump administration has sought to tap into to fund the wall via a national emergency declaration.
Related Topics:
Up Next

Doctors Possibility of Re-Engagement to Service