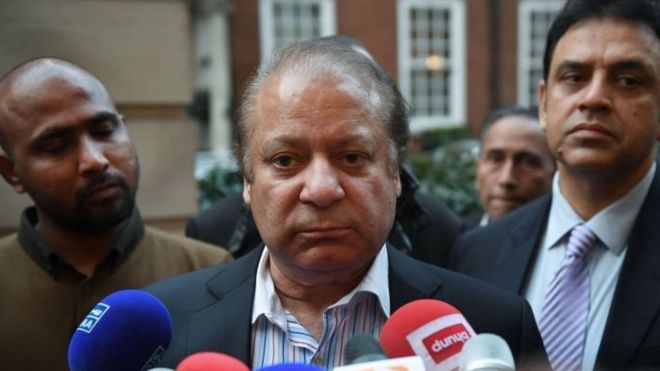 The National Accountability Bureau (NAB) court handed down the verdict after a series of delays.

His daughter and son-in-law were also convicted.

Sharif, who is currently in London and was sentenced in absentia, says the charges are politically motivated and has vowed to return to Pakistan.

“I will go back. I will continue my struggle even in the jail,” he told reporters.

Sharif gave no date for his return. His wife, Kulsoom Nawaz, is receiving treatment in London for cancer.

Sharif’s lawyer Abdul Rashid Sheikh, speaking in Pakistan, confirmed that they would appeal against the conviction.

Judge Mohammad Bashir ordered Sharif to serve 10 years for owning assets beyond income and one year for not co-operating with the NAB. The sentences are to be served concurrently.

Dowasco has taken a Decision to Shutdown All water Systems on Island at 6pm Tomorrow.