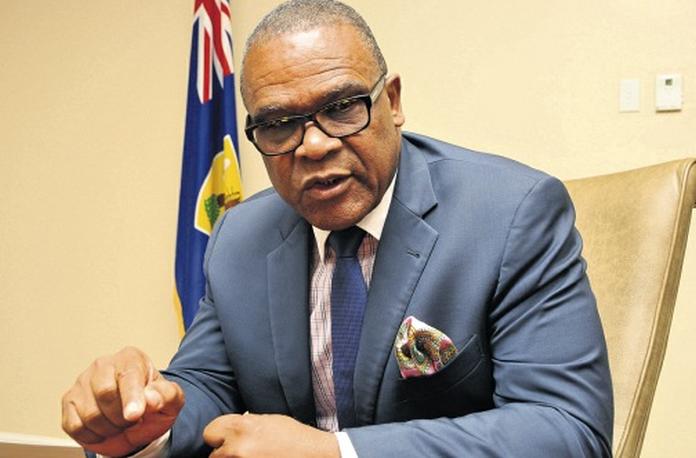 The Turks and Caicos Islands (TCI) is being invaded by Haiti, said leader of the opposition Progressive National Party (PNP), Washington Misick, singling out the local Haitian consulate as “potentially in collusion with the perpetrators of these vicious crime of human trafficking.”

Misick was addressing the people of the TCI via a Facebook video on April 1, in response to the recent capsize of a migrant vessel off West Caicos, a tragedy that claimed at least 14 lives.

In the video which was also shared on the PNP’s Facebook page on April 2, Misick said, “I must also condemn those mercenaries who would exploit the vulnerabilities of persons who are essentially persons who have very little hope, and so they decide to do desperate things and to hand over whatever resources they could put their hands on to escape the poverty of Haiti.”

“…one has to ask the question what purpose does the Haitian consulate serve in these islands? Whether they are a beacon of hope of light that says to the persons who want to escape that this is a safe haven to come to or whether they potentially are in collusion with the perpetrators of these vicious crime of human trafficking.”

He also questioned the effectiveness of the TCI government’s efforts to deal with the situation:

“I decry the fact that the government has not provided the financial resources that are necessary to make sure that our borders are protected. We’re spending huge amounts of money repatriating people when we all know the popular adage that prevention is better than cure.

The illegal migrant situation has long been a heavy financial burden on the TCI government. Premier Sharlene Cartwright-Robinson, speaking at a news conference on April 20, 2018, said the excessive expenditure of repatriation costs are draining the TCI’s finances that could be used to further develop the country. According to Cartwright-Robinson, the TCI government spent a total of US$4.3 million in the last four years on repatriation of illegal migrants.