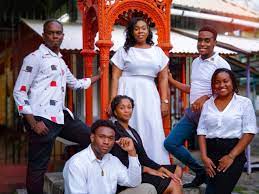 The National Youth Council of Dominica is investigating the matter of Phael Lander, the NYCD’s Vice President who served as Master of Ceremonies at a Dominica Labour Party activity over the weekend.

NYCD President Ashma Mc Dougall, responding to public concern over Lander’s appearance at the DLP Youth event, says the matter is being treated with urgency.

Investigations continue into arrest of 9 men intercepted at sea