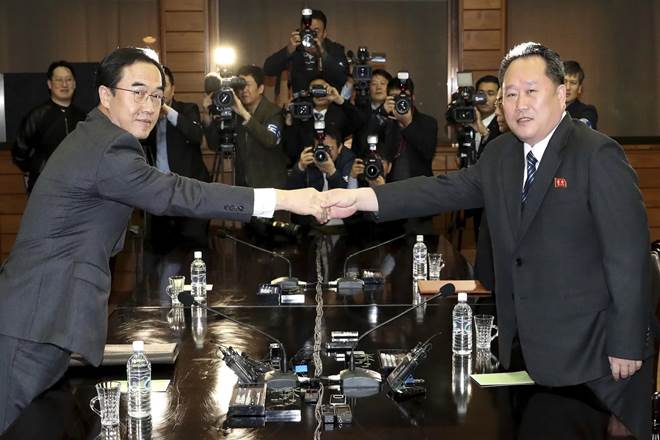 The leaders of North and South Korea will meet on April 27 for the first time since 2007, the two countries announced Thursday after high-level talks.

The landmark meeting between President Moon Jae-in and Kim Jong Un will be held at Freedom House on the southern side of the Demilitarized Zone (DMZ), according to the joint statement issued after the talks.

Officials from both sides will hold working-level talks on April 4 to prepare for the meeting and agree on security and media arrangements, it added.

The summit will be seen as a victory for Moon, who has long been pushing hard for diplomatic relations with North Korea. He said at his swearing-in ceremony in 2017 “for peace on the Korean Peninsula, I will do everything that I can do.”

The confirmation of the summit is the outcome of weeks of hurried diplomacy, after a surprise thaw in relations on the Korean peninsula earlier this year.

A fire at a police station in the Venezuelan city of Valencia, in Carabobo state, has left 68 people dead